Who is Matthew Lamb?

Matthew Lamb is a child actor from Iowa City and a dancer, singer, and voiceover artist. Lamb is one of the top actors in Smile, a 2022 American supernatural psychological horror film written and directed by Parker Finn. 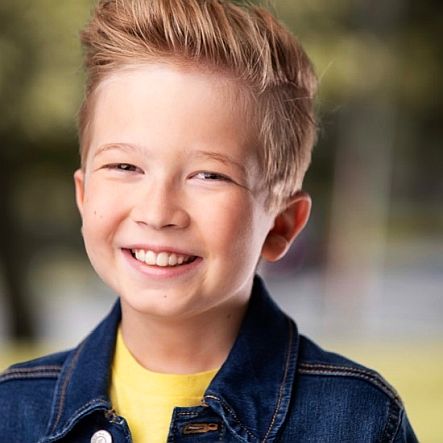 Lamb also co-starred in the second season of the Emmy Award-winning television series; Only Murders in the Building, directed by John Hoffman and Steve Martin. Additionally, Matthew provided his voice for animated episodes produced by Disney Junior and Netflix.

Matthew Lamb portrays the role of Jackson in the 2022 horror film Smile. He will also appear as Raymond in the upcoming movie Manodrome.

Matthew Lamb is active on Instagram under the username @matthewlambofficial. Currently, she has 1611 Followers, 1108 Following, and 279 Posts.

Matthew Lamb was born to his parents, Meredith Elliott Lamb and Greg Lamb. His father is the executive director of development at the University of Iowa Center for Advancement. Matthew also has 2 sisters, Alyssa Camille and Regan Nicole.